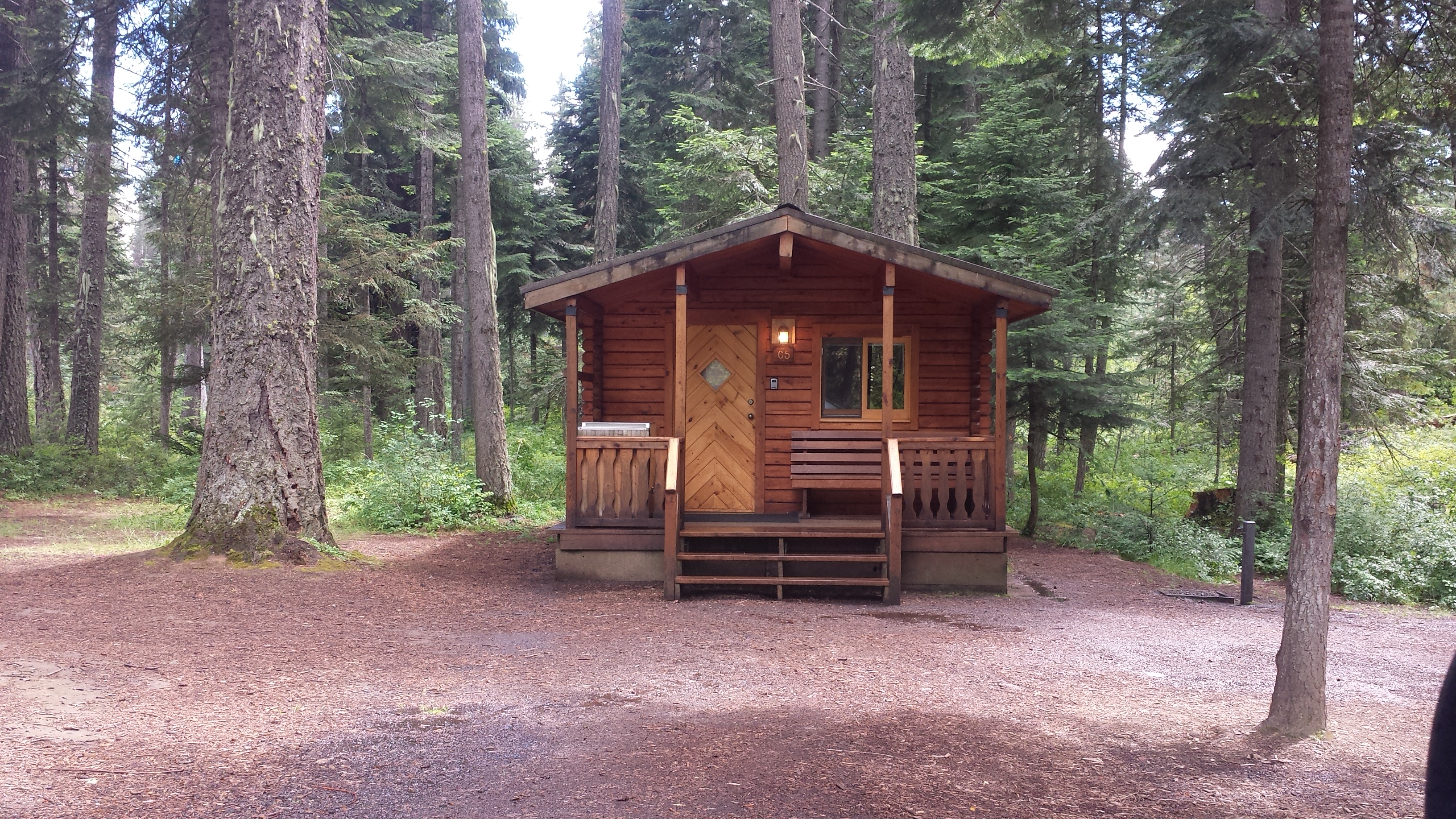 I finally got out of my house around 10:45am Saturday morning. I was not as prepared as I thought I had been. In fact I can already give you a list of things I forgot. But I got out the door non the less and headed East. The weather was a bit on again off again rain on the west side of the mountains but it warmed up on the east side. I had lots of energy and smooth sailing. I have been a bit lonely but it was really fun to be able to belt out classic rock songs in the car without anyone complaining. I love classic rock, but it was really my only choice. All I could find for a hundred miles was classic rock and Spanish music. A bit deeper into eastern wa there was some country music added to that list. Once I found Hank FM, indubitably named after Hank Williams and filled with classic country hits, I was hooked on that for a while. 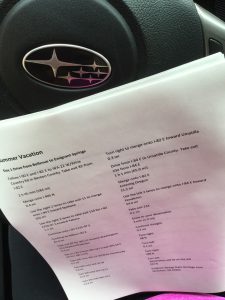 The ride was fairly uneventful. I stopped all of twice before I got to me destination. Once at a rest stop to eat my lunch out of a ziplock bag (pre made gluten-free organic pasta/veggie salad) and once to gas. By the second stop I was in Oregon, where they pump the gas for you so I didn’t actually get out of the car that time.
As I ascended up Deadmans pass ( yes really) about 15 miles from my destinations, a storm came in. The rain pouring so hard, everyone hit their brakes and went well under speed limit. I was immediately disappointed thinking I would have to wait it out at my cabin before I could unload. About a mile out I saw the sun line and just like that I drove out of the downpour off my exit. The roads were still steaming from the sudden storm but I was out of it and happy. I pulled in to emigrants springs heritage campground and went through the loops, finally hitting the cabin loop. I looked up the loop looking for cabin 5, my cabin. I found it tucked back, slightly away from the other cabins. Yes, I picked the best one! You never know when you make a camping reservation and look at the little map if you’re going to get a good spot, and usually I pick the worst one so I am feeling pretty good about myself. 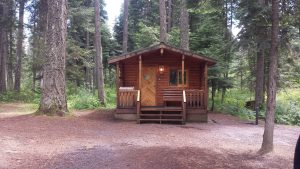 The cabin is very clean inside with a little table, couch and bunk bed. First things first, I called my parents to let them know I made it fine. Then I made a salad and calmed my hungry stomach. After that I didn’t really know what to do so I decided to walk around the campground. I found there were many trails so it was really fun meandering around the different directions. I cut that adventure short when I spotted a deer grazing. I stopped I my tracks and so did it. Thinking it would run, I stared at it. It stared back. Now I was in a staring contest with a deer. It picked up it hove and I swear it furrowed it’s brow. I was suddenly convinced it was going to charge me so I turned around and walked back to my cabin for a little break. Deer 1 Liz 0. 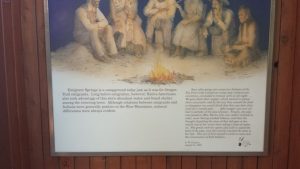 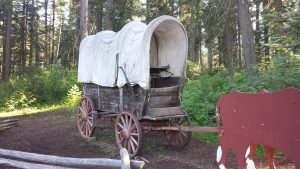 After a small break back at the cabin, I set out to explore once again. I found a covered wagon staged and some plaques paying homage to those who crossed through the blue mountains on the Oregon trail. I started to her a bit chilly and went back to my cabin to : a. Try to figure out the go pro Tim let me borrow and b. Read my country living manual. It only seemed fitting. I read until it got dark and hit the sack at a really early hour. 🙂 On to day 2! 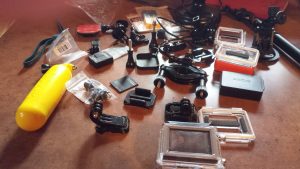